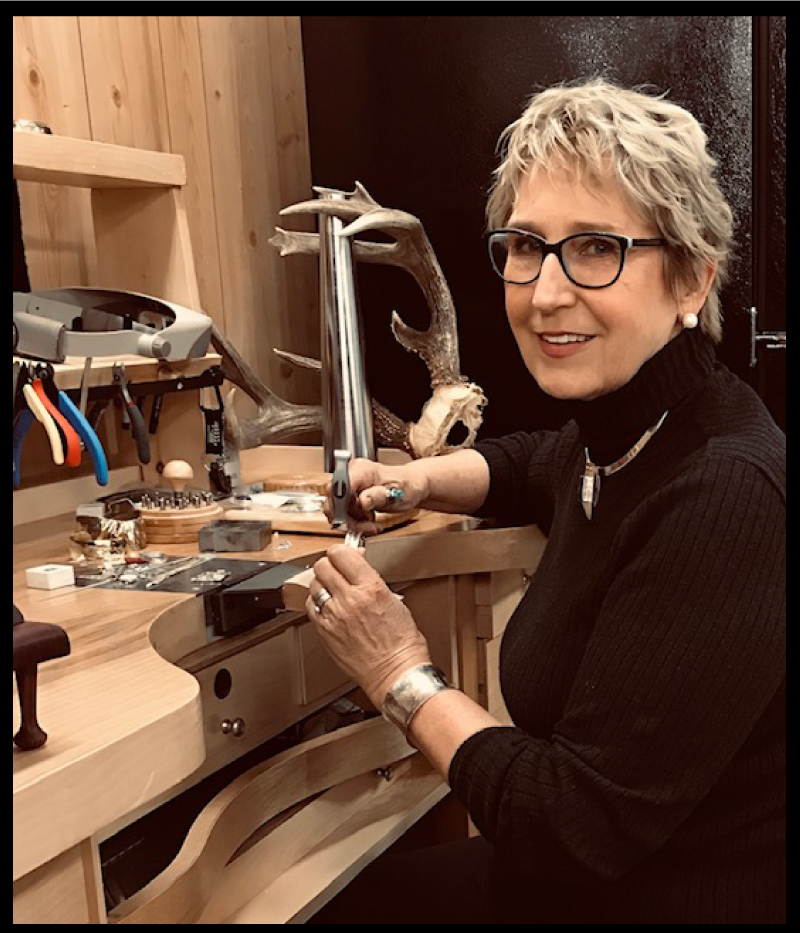 I create my work so that it’s beautiful, yet functional and fun to wear. Many of my designs are in Argentium Silver® so they are lightweight and easy to care for with minimal effort. I am a member of the British Argentium Guild, so all of my pieces are hallmarked. Argentium is hypoallergenic, tarnish free and made from recycled silver.  Additionally, I work in Keum Boo, an ancient silversmithing technique that fuses 24 carat gold to Argentium. A unique addition to my designs include fold forming, a completely new way of forming sheet metal quickly into wonderful architectural 3-D shapes and textures.

I believe each day is an opportunity to celebrate creative expression and jewelry making does that using the canvas of our bodies. It is thrilling to create or wear a jewelry art piece that inspires inspection, questions and pleasure. The expression of each wearer is a statement of their personal style and individuality, and I am honored when my jewelry becomes a part of this collaboration. 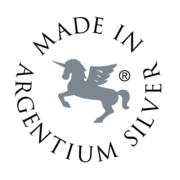 Purer – Argentium Silver grades of  935 or 960 are of greater purity than sterling silver at 925. That is why we always hallmark Austin Birdstone Studio pieces and also use the flying unicorn mark of the Argentium Guild and Argentium International Limited.

Naturally Beautiful – Argentium Silver is never plated. It is always pure and is brighter and whiter than platinum, white gold or traditional sterling silver.

Hypoallergenic – Hypoallergenic properties means that Argentium Silver is suitable for those who may be unable to wear traditional silver and some gold metals.

Keum-boo  is the Korean phrase for “attached gold.”  It is an ancient Korean gilding technique used to apply thin sheets of high carat gold to pure silver or Argentium Silver.  A 22- or 24 carat gold foil is applied with heat and pressure—mechanical gilding—to produce a permanent diffusion bond.

Pure precious metals such as gold and silver have a very similar atomic structure and therefore have a good potential for bonding. Heating these metals to a temperature between 260–370°C increases the movement of the atoms. When pressure is added, this causes an electron exchange at the surface between the two metals, creating a permanent diffusion bond. This diffusion bond occurs far below the soldering temperature for either metal (Dhein, 2004).

This technique is used in many cultures, including Chinese, Japanese and in the West to bond gold to other metals, including iron, copper, aluminum, gold alloys, white gold, palladium and platinum.